Based in San Jose, California, Mr. Lakhani is the CEO of The API Security Company, also known as APIsec, a corporation which uses automated testing to enhance the security of APIs (application programming interfaces). Previously, he was CEO of Guavus, one of the multinational Thales Group of companies. Mr. Lakhani helped build Guavus into a leader in streaming analytics and artificial intelligence with offices in Silicon Valley, India and Montréal.

Prior to Guavus, Mr. Lakhani served in several senior executive roles including his time as president, chief operating officer and a member of the board with SS8, a company he led through the transition from a lawful interception company to a network intelligence company. He was also vice-president of data loss prevention at McAfee, the iconic company he joined when McAfee acquired Reconnex where Mr. Lakhani had been vice-president of products and marketing. Previously, he had been part of the teams at ConSentry, Caspian Networks and Nortel Networks.

Faizel Lakhani is a member of the Faculty of Engineering family, a technology innovator and a successful entrepreneur. It is a privilege to confer upon him the degree Doctor of Science, honoris causa.

Joseph Liburdi was the manager of metallurgy at Westinghouse for more than a decade before leaving in 1979 to found Liburdi Engineering Limited, a company he created to provide independent engineering support for turbine users. Using a unique interdisciplinary approach, Mr. Liburdi pioneered new processes for, among many other tasks, life assessment, HIP rejuvenation of superalloys, automated welding turbine blades, powder metallurgy joining, erosion resistant PVD coatings and CVD coating for oxidation protection. Liburdi Engineering subsequently became a leader in advanced welding and coating systems for the manufacture and refurbishment of turbine components and Mr. Liburdi became a sought-after speaker and author of technical papers. The innovative processes and techniques he developed have resulted in nine patents.

Today, the Liburdi Group of Companies – which includes Liburdi Turbine Services and Liburdi Automation – employs more than 400 people in the Hamilton area and has offices in the United States, China and Europe with joint ventures in the UAE, Russia and Asia.

Mr. Liburdi’s companies have made equipment donations to schools to help students learn about the latest welding technologies and the CWB Association recognized Mr. Liburdi in 2015 with the Michael N. Vuchnich Award for outstanding contributions to the advancement of the science, technology and application of arc welding in Canada. His donation to the CWB Welding Foundation expanded the reach of the foundation’s scholarship program to more than 80 welding students annually.

Mr. Liburdi has a long-standing connection to McMaster that dates back to the early days of his company when he established partnerships with McMaster labs. His more recent connections include research collaborations with the Brockhouse Institute for Materials Research. He is a valued member of the McMaster Manufacturing Research Institute (MMRI) Advisory Board and he joined the Faculty of Engineering Dean’s Advisory Board in 2014. In 2007, he received the Faculty’s Engineering Leadership Award. Mr. Liburdi’s other accolades include the Canadian Nuclear Society Innovation Achievement Award.

Joseph Liburdi is a long-time member of the McMaster community who has built a successful company with a global reach based on an exceptional track record of practical innovation. It is a privilege to recognize his accomplishments and contributions by conferring upon him the degree Doctor of Science, honoris causa.

The Governor General’s Academic Medal is one of the most prestigious awards a student in Canada can receive. Established in 1873, this honour recognizes exceptional academic achievement at the high-school, collegiate, undergraduate and graduate levels. Each year, McMaster awards just two Governor General’s Silver Medals to the students at the university who have achieved the highest academic standing at the undergraduate level. Earning this accolade not only places this year’s recipients among the top students to graduate from McMaster; it places them among the top students in all of Canada.

Kristen is graduating with a Bachelor of Engineering and Biosciences from the Chemical Engineering and Bioengineering program. She is grateful for the variety of work experience she has gained throughout her degree, from her first industry experience at Hatch to her assortment of research positions under the supervision of Dr. Filipe, Dr. Nease, and Dr. Swartz at McMaster University and Dr. Jaramillo at Stanford University. Her roles as Teaching Assistant and Instructional Assistant were also a significant part of her undergraduate degree, as well as her extracurricular involvement in intramural sports, hockey coaching, and article-writing for the McMaster Energy Association.

Kristen would like to thank all of the faculty in the Department of Chemical Engineering for shaping her interests in energy and sustainable engineering and for their mentorship and support in her academic pursuits. Most importantly, she is grateful for the love and support of her parents and for the wonderful friendships she gained throughout her journey at McMaster.

President’s Award for Outstanding Contributions to Teaching and Learning

Dr. Mohamad Bakr is a Professor in the Department of Electrical and Computer Engineering.

Dr. Bakr’s teaching philosophy centres on what he calls a “moral responsibility” to his students. Throughout his career he has sought to grow as an instructor and provide the best possible student experience.

In 2013, this student-centred focus led him to flip his classroom and labs, adopting blended learning formats. He transitioned instructional components online, developing over 180 YouTube videos which are open to the public, garnering half a million views and counting. In the classroom, Dr. Bakr focuses on active learning and engagement with students to ensure clarity. He positions himself as a friend to students, not an opponent, and provides second chances for students who had a “bad day”, as well as recognition of high achievement.

Dr. Bakr has a tremendous publication record and has changed the culture of instruction in his department, encouraging his peers to take risks and innovate. His record of mentorship and leadership has been recognized institutionally, earning citations on the Dean’s Teaching Honour Roll from 2015 to 2019, and a Faculty Appreciation Award from the McMaster Engineering Society in 2020.

Dr. Bakr’s student evaluations are impressive, often over 9.5/10. As one student writes, “Dr. Bakr has been by far the best professor I’ve had so far in my university experience. He is the true embodiment of what a professor should be, he makes learning enjoyable, cares for his students, and allows students to redeem themselves in an otherwise harsh learning system… He has been exceptional in these troubling times.”

Michael Kehinde is a Mechatronics Engineering and Management graduate and an aspiring Embedded Systems Engineer. Throughout his time at McMaster, Michael has maintained a strong commitment to serving his peers and community through his involvement in variety of initiatives, ranging from 8 research and teaching assistantships, 3 internships, 4 student organizations, 2 music clubs, and 6 intramural sport leagues, all while remaining on the Dean’s List over the years. Michael is a founding member of Leading Edge, a student team aimed at empowering students with applying concepts learned in class to solve problems on campus and in the wider community. He served as the team’s Vice-President of Community Development for two years. Michael has also served as President of the McMaster Gospel Choir, engaging diverse audiences of 300+ people through musical events across the Greater Toronto Area with a 50-member choir and a 9-member executive team. Michael is driven by a single word – passion. Inspired by values such as integrity and humility, Michael believes that possessing a positive attitude leads to soaring creativity, effective teamwork and potential for personal growth. 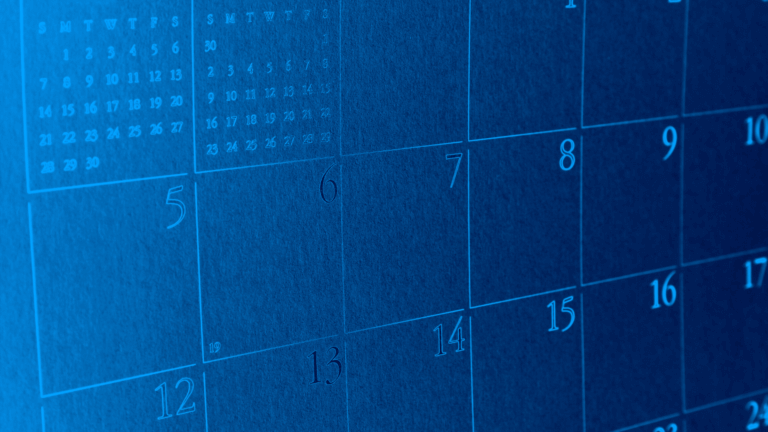 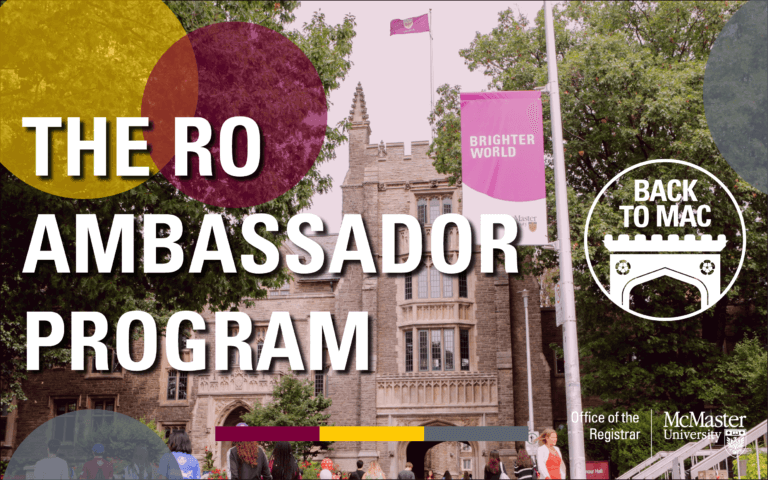 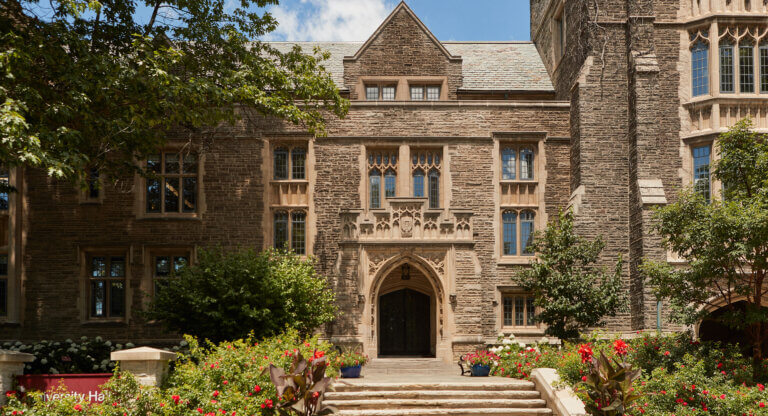 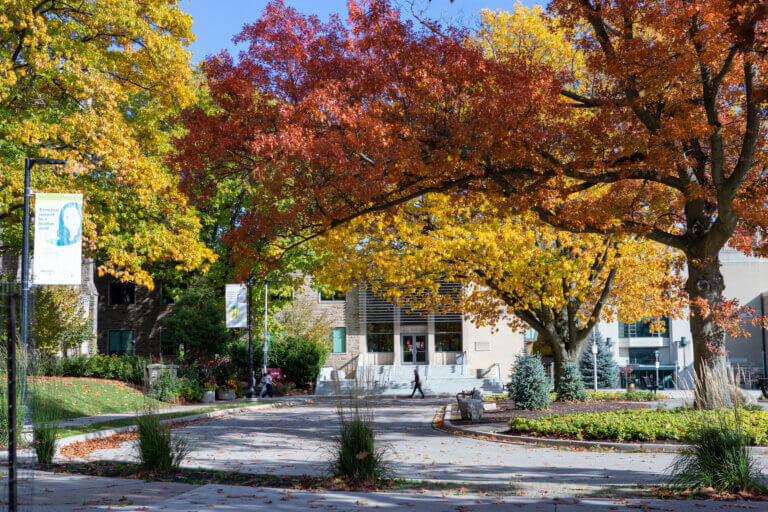 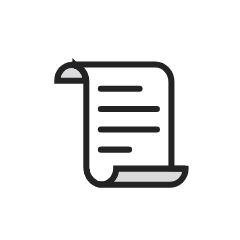