“When you have been part of a community and an academic culture for a number of years, it can be hard to think about challenges in a new way… The key criteria for us is that it has to be completely different than something they’ve been doing up until now and it has to be something that’s not built into their current program.”

What is the Renaissance Award?

The Drs. Jolie Ringash and Glen Bandiera Renaissance Award gives McMaster students a chance to participate in a self-directed enrichment experience. If you’re looking to broaden your learning with new experiences, this is the award for you!

The Renaissance Award emphasizes experiential learning and creates transformative experiences for students from all faculties and programs.

If you win the award, you will be able to carry out a 4-12 month project you’re passionate about, that takes you outside your field of study.  This year, students are asked to pursue virtual project that will  allow you to approach learning from a new and exciting lens.

The Renaissance Award will fully fund your project up to a maximum of $25,000. 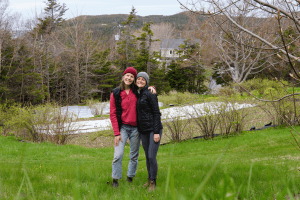 Megan and Avery visited 23 farms across Canada exploring the deep-seeded connections between food, health, the environment, community and economy. The two Arts and Science students gained hands-on experience in the emerging field of agroecology, which involves the simultaneous application of social and ecological processes to agricultural production systems. The experience challenged the pair to think critically about the future of sustainable food sourcing. Check out the McMaster Daily News and their Instagram account for more on their unique experience. 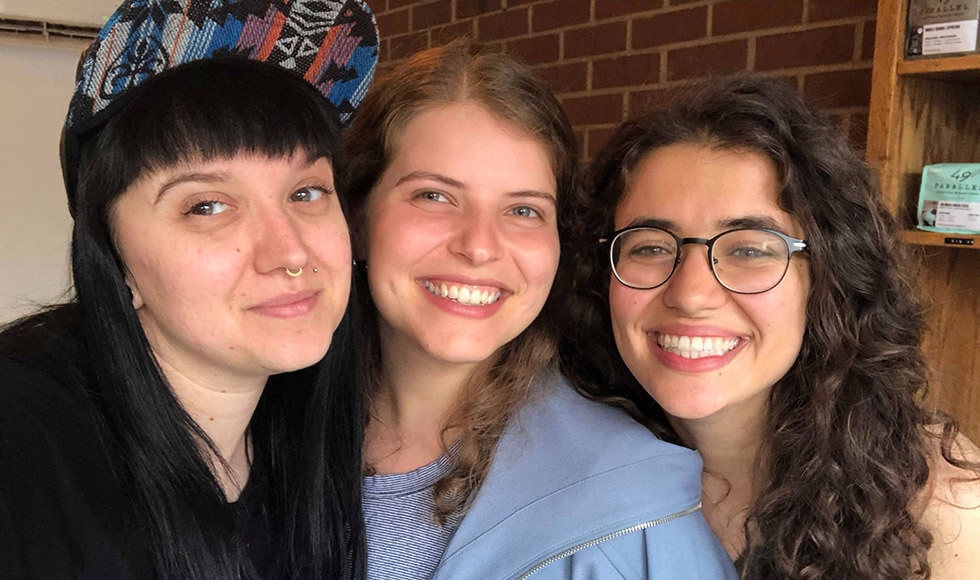 Alexia and Emily crossed Canada from east to west and back again, exploring how Indigenous visual art is being used as a form of cultural reclamation and resistance. The Arts & Science students visited public sites, took in museum exhibits, viewed art both inside and outside of galleries, and met with Indigenous artists, curators, and community members. Read more about Alexia and Emily’s project on the McMaster Daily News and check out their project blog and Instagram account. 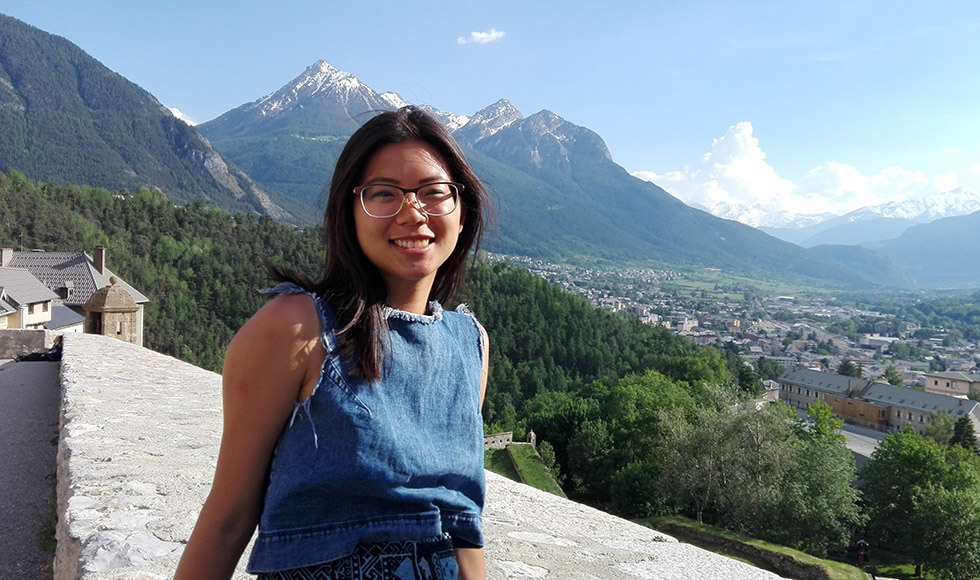 Kira travelled to India, Cambodia and Vietnam to find out how the region’s inhabitants relate to and interact with those with physical disabilities. She also studied the relationship between disability and art, while producing some artistic works of her own along the way. Read more about Kira’s project on the McMaster Daily News and check out her blog.

Tai produced a podcast on the experiences of those going through gender transition, travelling to Toronto, Montreal, New York and Chicago to interview members of those cities’ trans communities. The show, titled “Gender Blender” is available on iTunes, SoundCloud and other podcast platforms. Read more about Tai’s project on the McMaster Daily News and check out the Gender Blender podcast’s website, Facebook and Instagram.

Sutina travelled across Canada to investigate the relationship between Canadian identity and Canadian literature. Her project, “From Coast to Coast”, aimed to understand the role that literature plays in Canadians’ construction and expression of our identities. Find more on Sutina and her project on her blog.

Korryn explored Canadian identity by examining small-town architecture. She travelled with an architect to towns with fewer than 30,000 people to investigate how natural landscape influences architecture and ultimately how this relationship plays into notions of Canadian identity. Learn more about Korryn’s project on her website, canadaisgreat.ca. 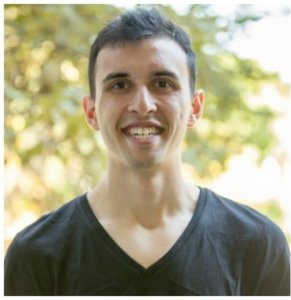 Looking to answer the question “what does it take to live to the age of 100?”, Nabil studied the people of the Japanese island, Okinawa, home to one of the longest-living populations in the world. Nabil spent time on the island learning about the people’s diet, physical activity and social and spiritual rituals. Read more on Nabil’s project on his blog and the McMaster Daily News. 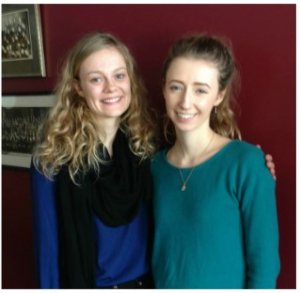 Rachel and Maia used their award to travel to farms in Squamish, BC, Cathlamet, Washington and Klamath, California, where they will work and learn about sustainable, organic food supply chains. The pair also lived on a “100-mile diet” consisting only of locally sourced foods. Find more on Rachel and Maia’s project on their blog, Food Unincorporated and the McMaster Daily News. 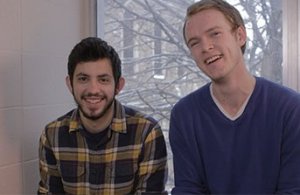 Andrew and Anthony took part in a series of survival training sessions and preparatory wilderness trips before packing their bags with books and supplies to haul down Newfoundland’s rugged East Coast Trail. The pair will camp along the way and read from nature writers such as Emerson, Thoreau and Grey Owl on a journey of self-discovery, one whose physical risks demand walking with a partner. Read more on the duo’s blog and the McMaster Daily News. 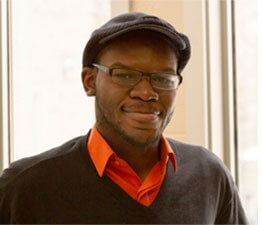 Juste returned to Ivory Coast, where he spent his child until his family emigrated in 2000. The west African country’s recent history has seen internal conflict and war and Juste wanted to see how the continuing cycles of conflict have shaped popular music and how popular music has in turn shaped conflict. Juste also travelled to Europe to interview expats from Ivory Coast. Read more on Juste’s project on his blog and the McMaster Daily News.

Beth used her award to learn how spiritual detachment in North American culture may be contributing to the decline of species and environments. She travelled to India, Nepal, and Thailand to study Eastern philosophy and religion through experiences as a volunteer, student and visitor. Learn more on Beth’s blog or the McMaster Daily News.

Jackie and Rosalind went through Toronto, New York, Chicago, London, Barcelona and Berlin to examine the emerging concept of “creative communal spaces” – built by and for members of communities based on location or shared interests such as the arts, often in reclaimed structures – and how they can improve urban neighbourhoods. The duo produced a video called “Making Space: Strengthening Communities through Creativity” and were featured in the McMaster Daily News.

How to apply for the Renaissance Award

The application for the Renaissance Award includes multiple steps. When you initially apply in AwardSpring you should have a strong idea of the outline and purpose of your project. This year, students are ask to pursue projects that can be completed in a virtual environment.

What to consider when preparing your application:

The first step is find and apply for the Renaissance Award in AwardSpring.

Step-by-step instructions on applying in AwardSpring

Review the overview and qualifications and submit the required additional documents.

Description of the unique experience outside your usual field of study

Project Conclusion (due within 6 months of project completion)

Please note that group projects with a maximum of two members are permitted. Each member to submit a complete application for consideration.

Your faculty advisor isn’t necessarily someone you know or someone who is in your Faculty. Your advisor should be someone who has knowledge or interest in the theme of your project.